Braids are generally of historical and cultural importance to the black nation because it was used as an escape. It played a role in the freedom struggles and liberty of the black people. It was used as a means of communication, a map, and even stores for jewelry and seeds to be used for survival after escape from slavery. Examples include:

It is undisputed that cornrows originated from Africa. The sophisticated style indicated the tribe one belonged to. Cornrows date as far back as the nineteenth century for men, particularly in Ethiopia. Important political figures were identified by their braided hairstyles.

Cornrows are a protective style of braids in which the hair is braided very close to the scalp, using an underhand, upward motion to make a steady, raised row. 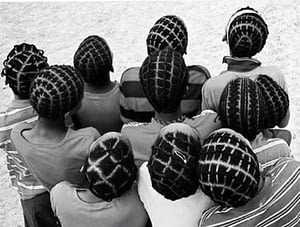 This style is a modern variation of the Box Braid style, which originated in the USA around 2014. This style is achieved with a feed-in braid method which involves adding tiny amounts of braiding hair to your natural hair as you go, putting it together for a braid that gives an admirable appearance. 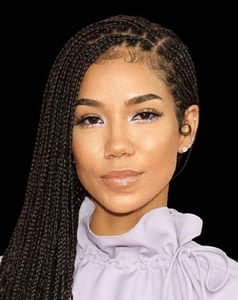 These are a modern variation of Box Braids. It is Box Braids but with undone curled tails. This style gives you a fuller appearance because only the initial few inches of hair are braided while the remaining hair is left unfinished and curled. This gives you a mixture of braids and curls. 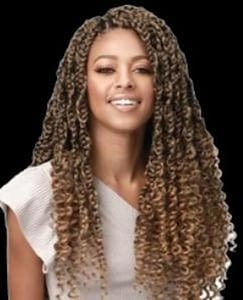 Twists, unlike the usual three-strand braid styles, use two strands. It is a style believed to have originated from Senegal. A kinky Twist is a contemporary form of Senegalese Twists.

The Kinky Twist is a medium-length protective style made with a 2-strand twist with loose ends. It is perfect for shoulder-length hair and can be finished with frizz at the end. 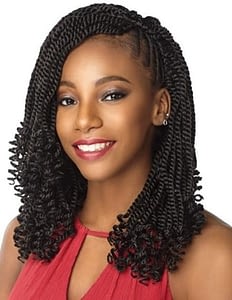 The Box Braid is a traditional African style that can be traced to many African ethnicities such as the Eembuvi braids of Namibia, the Khoi-San people of South Africa, and even the Afar people in the Horn of Africa. But it is often traced to Ancient Egypt for as far back as 3500 BC.

This hairstyle is a protective style consisting of square-shaped hair division. Well-plaited box braids can be styled in buns, ponytails, twists, and more. 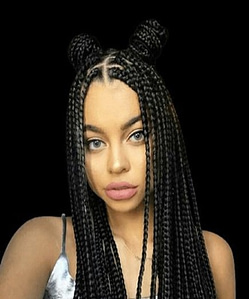 Also known as Senegalese Twists, this style originated from Senegal, in West Africa. It is a traditionally Black protective hairstyle created by fastening your selected braiding hair around the root of your natural hair.

This hairstyle is an ideal choice for people that have Afro-textured hair. It consists of two strands intertwined on each section of hair. 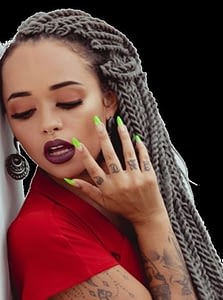 Saying the proper style name of the braids makes it easier for the braider to have an original idea of the style you’re looking to get, it also shows respect for the cultural significance of the style and what it means to the members of that culture.